While there is not one universal definition of what a high-rise is classed as, according to the International Building Code (IBC), ‘a building is considered a high-rise when there is an ‘occupied floor’ more than 75 feet (roughly 7 stories) above the lowest level of fire department vehicle access’ (1).

The first example of a high-rise building was recorded in 1884. It was constructed by William LeBaron Jenney for the Home Insurance Company in Chicago, Illinois and sat at a grand 180 feet or 12 stories upon completion. Since then the concept has flourished, and there are now over 25,000 buildings over 7 stories across the globe- approximately a quarter of which are located in China alone (2). Though this may be surprising at first read, when the purpose of the high-rise is considered, the fact becomes a given.

This is because they arose to popularity and necessity in a time when urban land prices were suddenly being increased as cities became more accessible- due to the introduction of a national rail service that saw the interconnectivity at a historical level.In order to meet the growing demand for accommodation and central business developments in the increasingly dense cities, architect’s looked at Jenney’s revolutionary design as inspiration and the construction of buildings that rose vertically rather than spread horizontally became commonplace. This pioneering design decision was further supported by the devaluation of steel and glass due to their commonality at the time, making high-rises a practical decision both economically and socially. By the mid-20th century, such buildings had become a standard feature of the architectural landscape in most countries in the world. And now, at present day, the tallest building in the world is the Burj Khalifa, constructed in 2010 and which stands at 163 floors in downtown Dubai.

Over the decades, the design of these multistory buildings has evolved with eccentric architecture becoming an opportunity to be a symbol of decadence and wealth. RMJM has designed and project managed numerous iconic high-rises across the globe, with each project unique and tailored-made to the client’s needs. Three buildings that stand out amongst RMJM’s expansive portfolio are the: Shenzhen Bay Innovation and Technology Centre at 71 stories, the 300m height Metropol Istanbul, and the Marina Heights Tower standing at 55 stories. 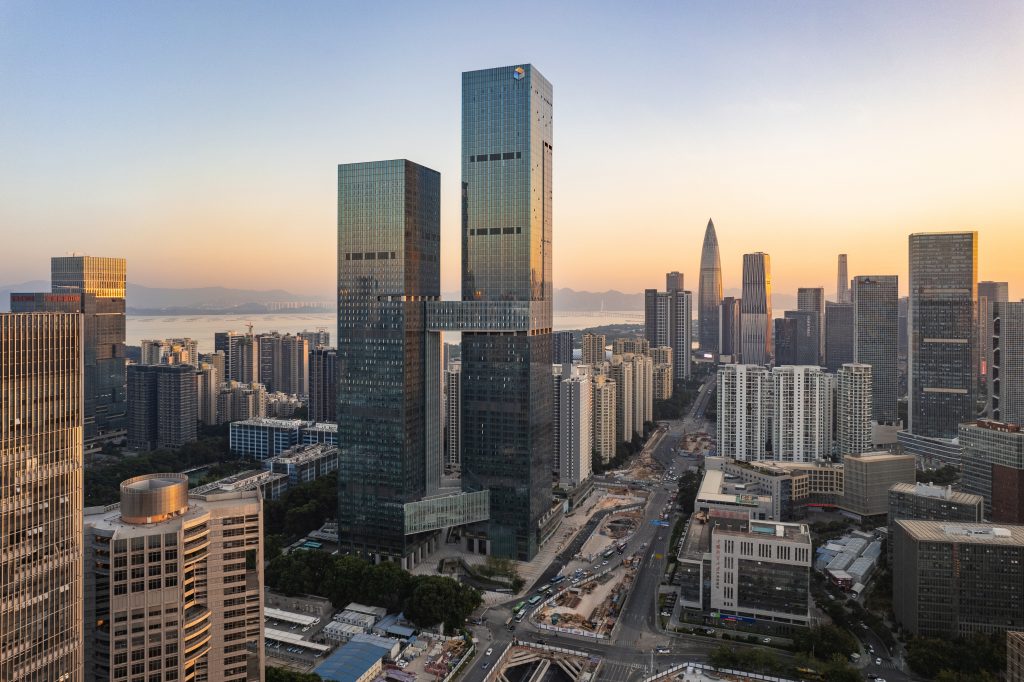 Located in the heart of Shenzhen’s High-Tech Park of Nanshan district, The Shenzhen Bay Innovation and Technology Centre has been designed as a national model for future developments.  The unique complex is made up of a total of 5 towers, with the two highest towers house the high-rise R&D offices, rising at 71 stories and 54 stories, while the other 3 towers house first-class serviced apartments.

It must be noted here that high-rise structures pose particular design challenges for structural and geotechnical engineers, particularly if situated in a seismically active region, which this particular region of eastern China qualifies as (3). This was extensively considered when creating both a strong and sustainable exterior of the Shenzhen Bay Innovation and Technology Centre- without compromising on the aesthetic. Overall, the form of the complex is an abstraction of the characteristics of the site’s surroundings, extracted from the idea of progression and the rapid development trajectory of the Shenzhen area. 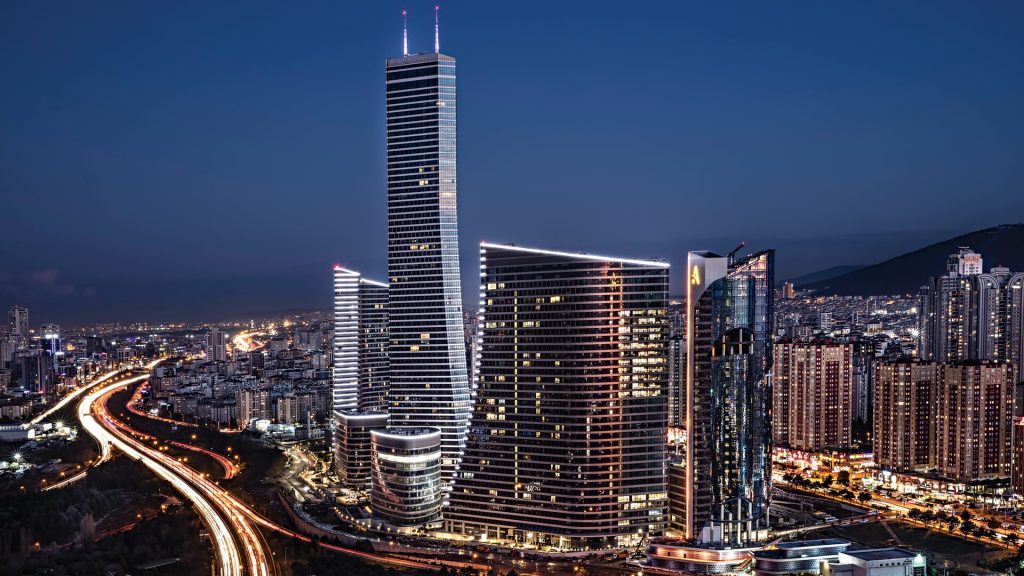 In 2010, RMJM won the design competition for the iconic ‘Metropol Istanbul’ Mixed Use Development in the East Atasehir District of Istanbul with a design that encapsulates the characteristics that make the city so unique: its relationship to its landscape, its rich cultural diversity and its idealistic tradition. This project expands on RMJM’s current work on the Varyap Meridian area of the site and forms a key element in the development of the wider Atasehir Central Business District & New Financial District.

Historically, high-rises have had a poor reputation for the way they can be invasive in the quality of pedestrian experience, however, this is not the case with the Metropol Istanbul. Special considerations were given to how this site would impact the surrounding area, including the routes of the footpaths and the way in which the building’s shadow would affect the urban surroundings.

The Metropol Istanbul comprises three towers; one residential, one office and one mixed use super-tall tower. The development also boasts high-end boutique retail and a 2-level retail mall- qualifying it as a mixed-use site.The is significant in the fact that it is a mixed-use locations such as this reduces the strain on urban infrastructure, including roads, water supplies, sewage, etc. as the connectivity needs to be provided to only one location rather than multiple units requiring public infrastructure connectivity. 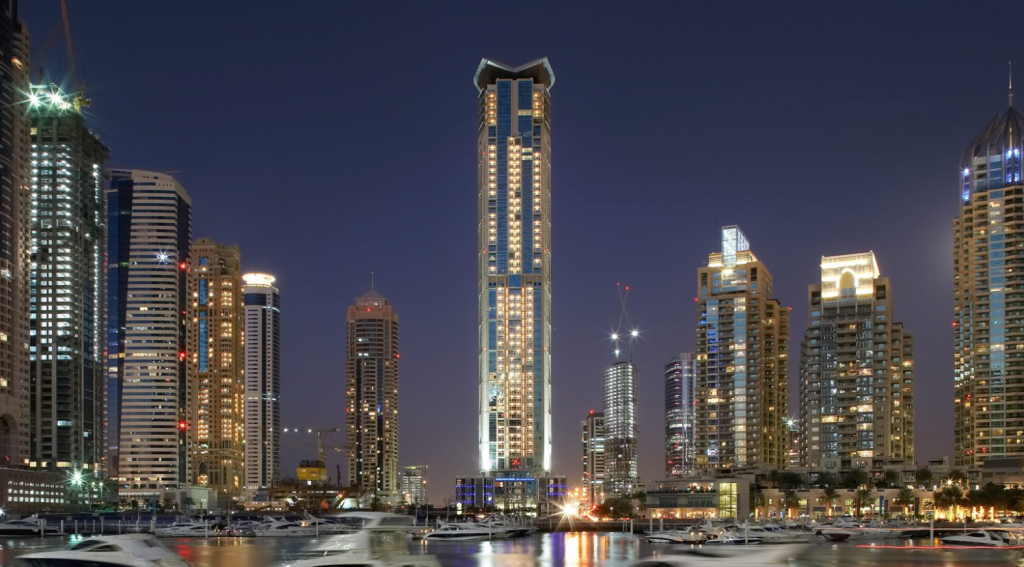 Completed in 2006, the Marina Heights Tower is a unique mixed-use, 55-story high-rise that overlooks Dubai’s marina. On the lower floors the building serves as extensive commercial and retail space, while the higher stories house boutique residencies.

Because of the building’s height and large occupant expectancy, the Marina Heights Tower requires the careful provision of life-safety systems. HVAC systems (heating, ventilation and air conditioning) as well as provisions for adequate means of egress in case of fire, power failure, or other accident were extensively thought out during the construction of this site.

Furthermore, just as RMJM has done here, incorporating high-level performance HVAC systems into the building’s lifecycle is a critical way to enhance the building’s sustainability. At the present time, the contribution from buildings toward global energy consumption is approximately 40%,however, through prioritising automated commissioning this can be significantly lowered in each high-rise (4).

In addition to this, the Marina Heights Tower utilises sliding timber screens at podium level to allow both introverted and extroverted premium outlooks from the podium residential units. This is sustainably sourced and also provides a uniquely stunning material contrast to the rest of the building. These screens are also pre-cast which provides solar and wind protection to the side elevations- a necessary measure due to the building’s need to withstand the lateral forces imposed by the local winds. Altogether the Heights is a perfect example of an elite and sustainable high-rise building that is expected to have a long lifecycle.

Through the above examples we can see how the high-rise has been adapted in the modern day and the ways in which they now serve multiple purposes beyond just facilitation. These multi-story buildings provide architects with an opportunity to flourish and delve into unexplored areas of design on a grand scale, and we will continue to see the constructions of these sites across the world.

The Importance of Becoming Registered with Architect Lorenzo Franchina

Ready to kick off the New Year and achieve your goal of becoming a Licensed Architect? Architect Lorenzo Franchina is here to tell you that you can…

Tackling the ARE Together with Architects Kristin and Matthew Switzer

Looking for a sense of community while studying for the Architect Registration Exam? Matthew and Kristin are here to tell you how helpful it was that they…

How to Pass the CDT: Virtual Panel Discussion

Working as an Owner’s Representative with Katie Merten

Have you been thinking about other career options outside of working in a traditional Architecture Office? Katie Merten is here to explain all the ins and outs…

Mud, Mushrooms, and Algae for a Luxury Experience

& Linda Olofsson Walsh | Designer At the heart of the travel industry is the luxury hotel or resort, providing an uncommon experience for some and a…

This website uses Google Analytics to collect anonymous information such as the number of visitors to the site, and the most popular pages. We also rely on…